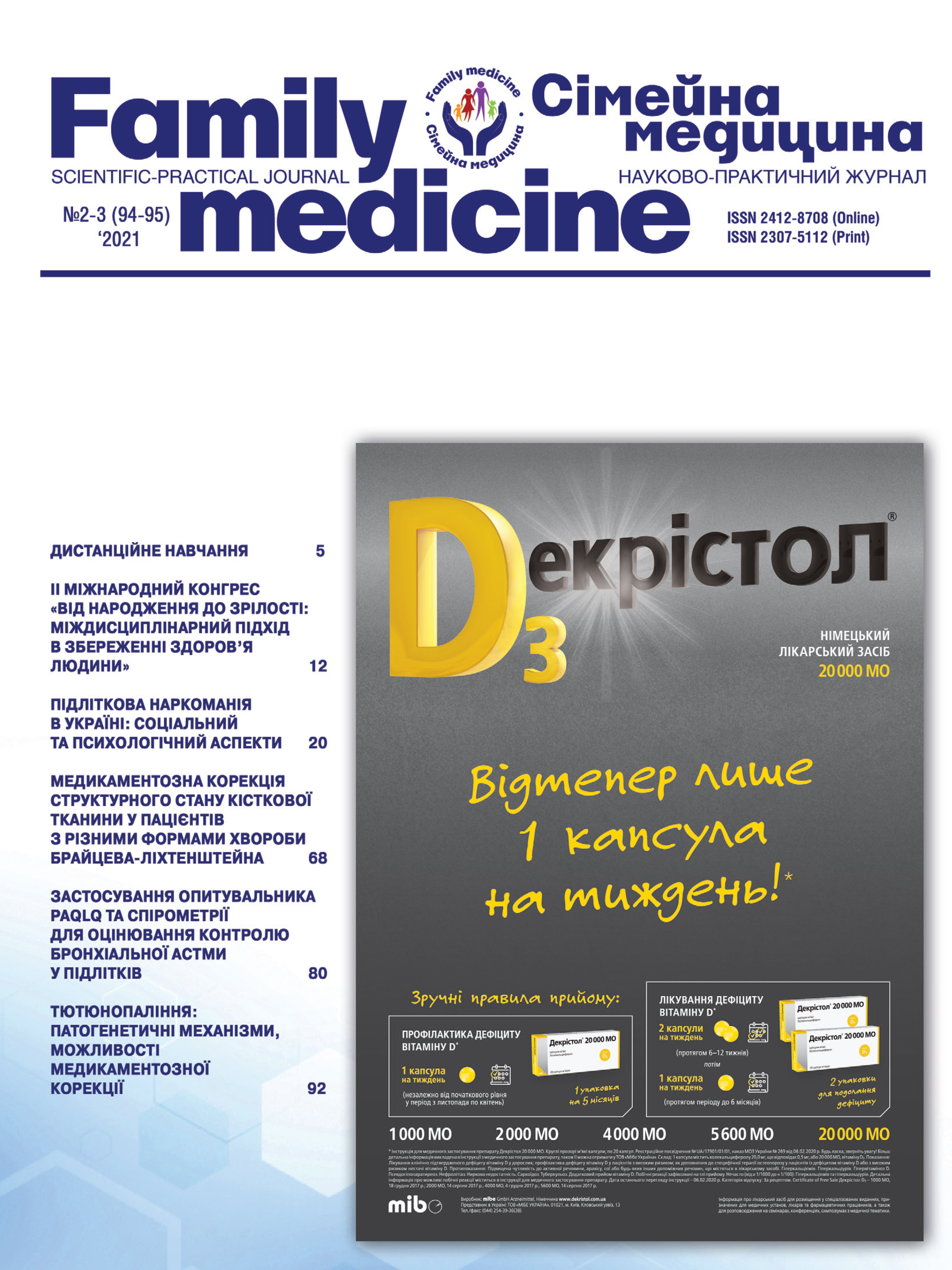 Cardiovascular diseases are the leading diseases in Ukraine and are the cause of more than half of deaths. They are inextricably linked to lifestyle, diet, bad habits, physical activity, stressors and are the cause of other risk factors. The most common of these are unmodified factors, such as: gender, age, heredity; and modified: dyslipidemia, arterial hypertension, overweight and obesity, diabetes mellitus, smoking, psychosocial factors.

The objective: of the study is to determine the frequency of detection of the main risk factors for cardiovascular events among active servicemen and retirees of the Ministry of Internal Affairs at the stage of inpatient treatment in the conditions of NVMKC «GVKG».

Materials and methods. Random sampling was used to analyze 104 case histories of patients in the cardiology department of NVMKC «GVKG» for the period from January 2018 to December 2019. Risk factors and the frequency with which they occur in different categories of patients were studied. The examination group consisted of male patients (100% of cases) aged 33 to 93 years, the average was 66,55±1,47 years. To study the age characteristics of the prevalence of CVD risk factors, patients were divided into two groups: Group I active servicemen, whose average age was 46,41±1,78 years; Group II retirees MOU, whose average age was 71,95±1,26 years.

Statistical processing of the results was performed by methods of variation, parametric and non parametric statistics of medical and biological profile using a package of original applied statistical programs «Microsoft Ecxel», «Statistica 7.0».

According to the results of the study, an increase in blood glucose levels was observed in 10,6% of cases and 55,8% of cases in group II. Normal blood glucose levels were in 33,7% of patients. The percentage of patients with concomitant type II diabetes was 1,9% of cases of group I, and 14.4% of cases of group II. 72,2% of Group I servicemen and 64.6% of Group II servicemen had an elevated BMI. 50% had a bad habit – smoking in the first group and 18,3% in the second group.

This work is licensed under a Creative Commons Attribution 4.0 International License.

Authors retain the copyright and grant the journal the first publication of original scientific articles under the Creative Commons Attribution 4.0 International License, which allows others to distribute work with acknowledgment of authorship and first publication in this journal.